Searching for email anti spam in Android reveals hundreds of apps claiming to clean an Android device from spam. The number of anti spam apps from Android is confusing. This is due to the open source nature of the platform anybody with a half a skill to program for android can come-up with their own program, which Google has started to demote. Security apps for Android have a questionable level of effectiveness, since as revealed by the official Android Developer site article: "Android Application Sandbox, it isolates your app data and code execution from other apps." With such application sandbox implemented, how can an app install hooks to another app to monitor its operation? What kind of sorcery does security apps, which includes anti spam app for android do in order to carry-out what they claim? Who are the programmers of these anti spam app for android? Are there big companies backing-up the development of anti spam app for android? 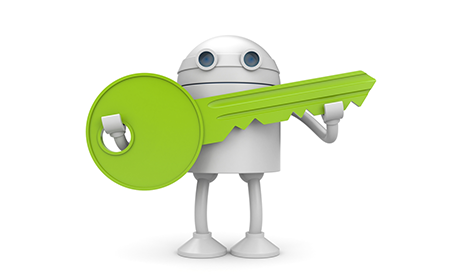 Actually, nobody knows unless the app is open source. They are the Android counterparts of snake-oil. They exist because many people are misinformed and uninformed about how Android operates. There is no way that SuperAntiSpam 3000 (a made-up name, for the sake of discussing an anti spam app for Android) will protect a user against spam today or until the year 3000. The guidelines that Google implement for an app to be published on its Play Store are not very strict and mostly grounded in common sense and inclusivity. This prevents any semi-serious anti spam app for android from ever becoming effective in reducing spam. Once detected by Google's crawler, the search giant will delete the anti spam app for android regardless of their developers.

These lenient guidelines enable apps from both A developers and fly-by-night programmers to be hosted at the Play Store. Most of which only have one agenda, they seek advertising revenues even though they underperform if not downright useless. Anti spam app for android can just claim outstanding anti spam protection while not doing anything at all, except for consuming battery life. With Android's fragmentation, fly-by-night apps are even of lower quality since they don't test their apps across various versions of Android. An anti spam app for Android tested for Nougat may not run on Jellybean or the latest version Orio. Even legitimate app developers are having a hard time keeping track of all android version compatibility, let alone the fly-by-night firms programming anti spam app for android.

For consumer Android users, the most popular email system to use is Gmail, followed by the cross-platform MS Outlook and the Galaxy phone's exclusive Samsung mail app. Users just need to be careful, so as not to fall for spam emails. Users choosing to download a fly-by-night anti spam app for android is asking for more trouble. For corporate people that practice BYOD (bring your own devices), the most popular email system to use is still the Exchange-Outlook server/client system. System administrators along with their respective IT teams are balancing the need of the enterprise as well as the accessibility of email for the employees.

Corporate BYOD makes Android a cooperative platform for the same Exchange-Outlook system that serves the desktop is extended to function with Android devices as well. This is a huge benefit for the enterprise, given that there is no redundancy of the mail server. The same mail server services both the traditional workstations, laptops and mobile devices using same Windows Active Directory user credentials. The consumer space has no luxury of such, and at the mercy of just being alert with spam and delete them once encountered, or gamble by installing unknown anti spam app for android.

With this uniformity, securing the mail server and the emails that arrives and departs it becomes a simple affair. The enterprise can just use a general purpose anti spam system, which due to cross-platform support of MS Outlook can extend its coverage for the mobile device users. One such product is from a trusted name in security and privacy, Comodo Dome Anti Spam. It features a live cloud connection to Comodo servers, in a real-time update of the spam signatures. This enables Comodo Anti Spam to detect newly discovered spam emails. Comodo® Dome ANTI SPAM is an all-in-one anti spam solution that gives system administrators the confidence of keeping the enterprise spam-free. This is regardless of the computing device the employees are using, both PCs and Android mobile devices are covered. Once deployed in the network, it strictly scans email traffic and protects the network from malicious emails on-the-fly and its operation is transparent from the employees.

Comodo Dome Anti Spam runs stealthily in the background since it is a hardware device that runs alongside the mail server. Comodo Dome Anti Spam uses heuristics scanning of emails, it installs a special filter for those still suspiciously behaving file attachments. Through its simplicity, while being flexible, the Comodo Dome Anti Spam device scales with different sized networks. It is the prolific solution for filtering spam, even if most of the devices in the enterprise are mobiles from Android or IOS.