The latest news from Comodo 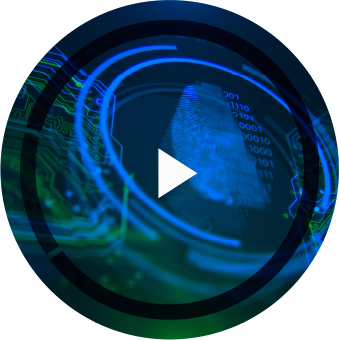 Comodo Cybersecurity’s report is among the first to present Q1 2018 data, and the company’s threat analysis shows a very different picture from 2017. Specifically, during the first three months of 2018, cryptominers surged to the top of detected malware incidents, displacing ransomware — which declined significantly in volume — as the number one threat.

Another surprising finding: Altcoin Monero became the leading target for cryptominers’ malware, replacing Bitcoin. The reasons why are detailed in the report and the infographic.

The complete report is available online.

“Malware, like cyberspace itself, is merely a reflection of traditional, ‘real-world’ human affairs, and malware is always written for a purpose, whether it’s crime, espionage, terrorism or war,” said Dr. Kenneth Geers, chief research scientist at Comodo Cybersecurity. “Criminals’ proclivities to steal money more efficiently were evident with the surge in cryptomining. And the continued strong correlation of attack volume with current geopolitical events shows hackers of all motivations are well aware of the opportunities major breaking news provides them.”

During Q1 2018, Comodo Cybersecurity detected 28.9 million cryptominer incidents out of a total of 300 million malware incidents, amounting to a 10% share. The number of unique cryptominer variants grew from 93,750 in January to 127,000 in March. At the same time, the data shows this criminal attention came at the expense of ransomware activity, with new variants falling from 124,320 in January to 71,540 in March, a 42% decrease.

Monero, the cryptocurrency best known for its secrecy level, took the dubious honor from Bitcoin of becoming the cryptominers’ preferred target during the first quarter. According to Comodo Cybersecurity analysts, this is because its features favor cybercriminals: it hides transaction parties and amounts; cannot be tracked, blacklisted or linked to previous transactions; creates blocks every two minutes, providing more frequent opportunities for attack; and is designed for mining on ordinary computers.

Other highlights of the Comodo Cybersecurity report for the last quarter include:

Comodo Cybersecurity will host a webcast to discuss the findings with Dr. Geers, on Wednesday, May 9, 2018 at 1 p.m. EDT (register here).

About Comodo Cybersecurity
Comodo Cybersecurity, a division of Comodo Security Solutions Inc. (CSS Inc.), is transforming cybersecurity with protection for endpoints, networks and web servers that is proven to be effective against the most advanced malware threats, including even new and unknown threats. Comodo Cybersecurity’s innovative auto containment technology provides a trust verdict for every file, so that only safe files can run, without impacting user productivity or computer resources. With its global headquarters in Clifton, New Jersey, Comodo Cybersecurity also has international offices in China, India, the Philippines, Romania, Turkey, and Ukraine. For more information, visit comodo.com or our blog. You can also follow us on Twitter (@ComodoNews) or LinkedIn.

We’ve won consecutively across many verticals with our premier technology. Innovation happens only when this type of dedication to cybersecurity reaches the many.