Using the right threat hunting tools and tactics is key to achieving significant benefits for your organization. Most of the time, IT departments struggle to establish a clear game plan on how they would go about this security measure. This leaves them unsure of where to begin and how to get started. So you don’t end up the same way, here we’ll tackle everything you need to know about threat hunting, the best tactics and techniques, and what tools to use.

What Is Threat Hunting?

Threat hunting is the practice of proactively monitoring cyber threats that may be lurking undetected in an organization’s network. This approach makes use of threat hunting tools to dig deep and look for malicious actors in your environment that may have slipped past your initial security perimeter. Threat hunters go over this solution in a way where they assume adversaries are already in the system, then initiate an investigation to search for unusual behavior that may indicate the presence of malicious activity. 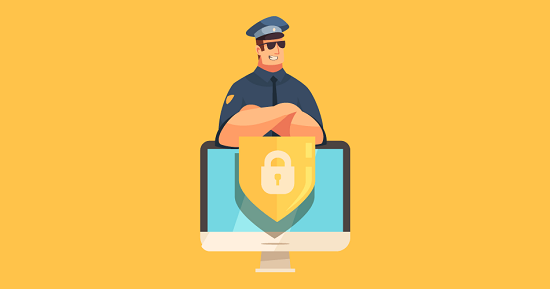 Threat hunters utilize various tactics when they are carrying out a hunt. Examples of the most commonly used tactics include:

A tactic often used in structured hunts, which, as the name suggests, focuses on threat intelligence reporting that typically involves active exploitation. As soon as hunters begin receiving alerts, they’d go on to plan their hunt that aims to look for specific behaviors of actors and their tools.

Target-driven hunting is an approach where hunters are aware that they only have limited time and resources. Focusing on targets by adversaries, this tactic typically includes authentication systems, data repositories, and cloud-based infrastructure.

The technique-driven tactic, on the other hand, concentrates on a specific attack technique. This could be a great choice if your goal is to look for hidden threats in an environment.

Apart from threat hunting tactics, hunters also use various techniques that allow them to evaluate the data they gather. This helps them to smoothly identify anomalies that they can begin to dig into. This includes:

As the name suggests, this technique looks at the volume of a specific data set. The main goal of this strategy is to identify outliers by answering the following questions:

Instead of volume, frequency analysis analyzes the frequency of an occurrence, particularly to network traffic at both the network and host levels. When used together with the volumetric analysis, this strategy can successfully identify anomalous patterns often found in malware beacons.

Clustering analysis is a technique of statistical analysis. It looks at both network- and host-based characteristics to identify things, such as an uncommon number of occurrences of common behavior.

Grouping analysis centers on a handful of specific characteristics. This is a technique that can help you identify adversaries’ own tools or techniques.

Stacking is used on data that share one or more distinct commonalities to identify statistic extremes. It works by aggregating a piece of datum and comparing it across the set.

Some examples of data that can be stacked include:

If you’re looking to execute a successful hunt, having the right threat hunting tools and knowing when to use them is essential. To give you an idea, here are a few tools you may want to take into consideration:

First on the list of dependable threat hunting tools is CyberChef. It is designed for analyzing and decoding data. Users love it for its “recipe” function, which enables hunters to sort operations, inputs, outputs, and arguments into “recipes”.

Phishing Catcher is an open-source tool designed to identify phishing domains in near real-time.

DNSTwist is one of the most powerful threat hunting tools that catch suspicious domains. It uses a number of fuzzing algorithms to pinpoint suspicious domains. This tool can also identify mistyped domains, homoglyphs, and internationalized domain names (IDN).

AttackerKBis a tool that provides hunters with all they need to know to understand, identify and rank new and legacy vulnerabilities.

YARA is a tool with rules that are ingestible by security controls for malware detection. The rules act beneficially in finding specific malware or even sensitive company documents.

Getting a better understanding of threat hunting tactics, techniques, and threat hunting tools allows you to carry out a plan that works best for your company. For this approach to be guaranteed success, be sure to complement it with other reliable cybersecurity tools like what Comodo has to offer.