What is EDR Security?

Cybersecurity solutions have really come a long way since their humble beginnings of antivirus software. From simply detecting and eradicating file-based malware, innovations have been made to better protect your organization from suspicious threats which have also evolved. The rise of security solutions happened alongside the advancement of malicious software or malware. Among these malware is the fileless malware which is a notorious non-file attack used by hackers by leveraging legitimate processes running on an endpoint’s operating system. The good thing about security advancements is that they paved the way for EDR to deal with attacks such as fileless malware which your traditional security solution cannot. Let’s take a look at what endpoint threat detection response, more commonly known as EDR, does to protect your endpoint.

WHAT IS ENDPOINT THREAT DETECTION RESPONSE?

Endpoint threat detection response is an endpoint security solution aimed at detecting and investigating suspicious threats that happen in an endpoint. An endpoint, for that matter, is any device that is connected to a network. Examples of these are laptops, tablets, desktops, and mobile phones. Endpoints are especially vulnerable to attacks because they are easier points of entry. EDR is distinct from the traditional antivirus because it provides extensive protection that is capable of catching memory-based attacks rather than just signature-based threats. It is also a multifaceted solution that only includes an antivirus feature among its other capabilities. 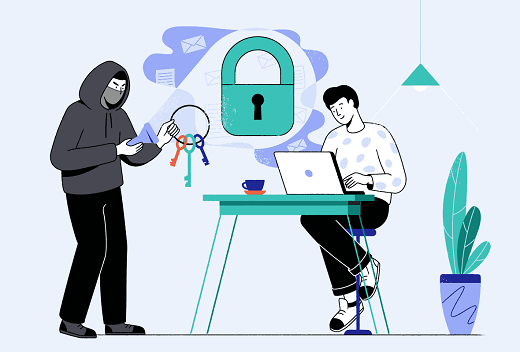 As stated earlier, fileless malware takes advantage of legitimate software and applications running on your operating system. It is especially hard to detect because common and traditional security solutions such as antivirus software are programmed to trace file-based or signature-based attacks. Most cybercriminals do their work by installing suspicious files on your device and what makes fileless malware sneaky is that it does not need a file to exploit your systems. It operates by using your device’s system and then proceeds to carry out its malicious activity. It also works based on memory and can go undetected as it does not need to take hold of your device’s hard drive.

HOW DOES EDR WORK WITH FILELESS MALWARE?

The essential function of an endpoint threat detection response solution is monitoring and analyzing user data on endpoints through its behavioral analysis capability. By analyzing these data, EDR is now able to distinguish and differentiate the normal day-to-day activities on your system. Once your EDR solution detects any abnormality, such as a fileless malware’s piggybacking on your operating system, it can then provide alerts to your central IT team to investigate the potential threat. Moreover, endpoint threat detection response is also designed to execute an accurate response to deal with attacks. The ability of an endpoint security solution to carry out an automated and appropriate response to threats means you get a step ahead of malicious threats and their possible repercussions. It also boasts itself in providing higher endpoint visibility allowing for a more transparent view of your endpoint’s systems.

PROTECTING YOUR SYSTEM AGAINST FILELESS ATTACKS

Even with updated antivirus software, sophisticated threats such as fileless malware will still go undetected. There isn’t a one size fits all measure to deal with the onslaught hackers can bring which is why it is critical to employ not only security solutions but also habits that can help lessen the possibility for attacks. Acquiring an endpoint threat detection response as your security solution is actually a clever way to prevent and deal with potential threats and their consequences. However, there are also some steps you can do to alleviate your risk of being targeted. Fileless attacks usually rely on a vulnerability in your system, a vulnerability that may be exposed because of human error. To avoid these kinds of attacks, it is critical that your IT staff is prepared to identify and deal with any abnormality in your networks and systems. Constant development as well on your security team will help diminish the human error that may pave the way for hackers.

While you can do your part in protecting your organization and its files, networks, and database, it simply won’t do the job alone. Advanced threats call for advanced measures, which is why an EDR solution is available. Again, there is no single security measure that can respond to all the threats there are. However, an endpoint threat detection response is specially designed to detect what is usually undetectable. Hence, allowing you to take more time in running and expanding your business. Comodo’s EDR solutions are just the right solution because it is enterprise-ready so how about give it a try?