Corporate-owned devices attached to company servers used to work in a specific network perimeter only. However, today, mobile and remote workforces demand 24/7 connectivity to office-related applications. These devices access a wide range of web applications daily – the majority of which are delivered by servers located outside of the corporate network. While these recent trends bolstered network efficiency and staff productivity, they have also raised network complexity and susceptibility dramatically. Studies from the Global State of Information Security Survey 2013 reveal that as usage of mobile devices, social media, and the cloud become normal within the business environment, technological adoption is outpacing security adoption. Hackers and cybercriminals take advantage of this situation by employing new attack vectors to launch targeted attacks from nearly anywhere in the globe. This results in the traditional and policy-based defenses becoming less effective, enabling hackers to penetrate private networks, resources, and data.
Emerging threats are designed to be undetectable, and they can be launched from genuine, well-known programs and websites, such as those used by banks, shops, and huge organizations. Having said this, companies must be cautious of these attack methods to secure their systems. As EDR stands for security, it can protect you against attacks that bypass traditional systems. 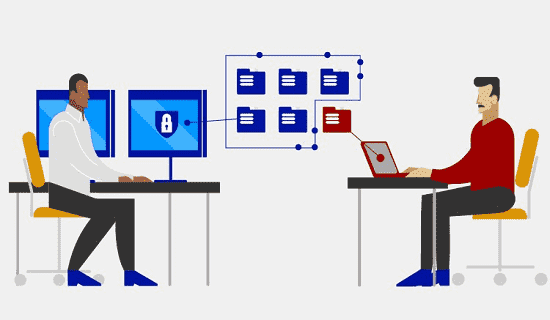 Account takeover schemes occur after a cybercriminal gains and uses a victim’s account authentication details. This allows them to control an existing bank or credit card accounts and perform unauthorized transactions. Through malware-based botnets, cybercriminals are able to perfect strategies for detecting and exploiting network and application layer vulnerabilities. This includes SQL injection and binary code injection, which steal users’ usernames, passwords, and personal information. Cybercriminals can access email, social networking, banking, and other financial accounts using stolen credentials and supporting information. They are able to launch attacks anonymously from behind proxy networks using zombie PCs.

Banks usually implement two-step security measures as an additional layer of defense against password theft and fraud. However, with MITB or Man in the Browser attacks, traditional defenses are no longer a realistic option. Cybercriminals use the MITB approach to create a phony bank website and convince a user to visit it. Once the user enters their credentials, the cybercriminals on the other side obtains these details and use them to access the user’s legitimate bank account. When carried out seamlessly, the victim won’t have any idea that they are not on the authentic bank website. The cybercriminal can suddenly disconnect the victim and start the fraudulent transactions themselves, or pass along the victim’s transactions while making their own transactions simultaneously to lessen suspicion.

The U.S. Naval Research Laboratory created TOR for privacy purposes. However, it has evolved into a tool used by cybercriminals to operate botnets, get access to web accounts, and purchase online products and services using fake financial information. TOR helps create network servers that send traffic across a variety of routes while hiding the traffic’s original source. Distributed relays can mask a user’s location or usage to protect them against traffic analysis and data snooping. TOR also encrypts traffic between relays, making it immune to intrusive security measures. Here are other examples of how physical threat vectors can get in your network.

EDR can protect an organization’s network by identifying and responding to attacks that are undetectable by typical security measures. Traditional methods often use signature-based detection, which isn’t that robust. EDR, on the other hand, focuses on event and behavior analysis to detect malicious activity, whether it’s a known threat or a zero-day vulnerability. It is critical to apply these capabilities to endpoints in order to safeguard your systems. You can detect and stop the majority, if not all, of the attacks by employing EDR on your network perimeter. As networks grow, this becomes increasingly crucial. Comodo EDR stands for security. It can centralize the monitoring and control of your endpoints, ensuring to fill in the gaps in your defenses.