Visiting the https://threatmap.valkyrie.comodo.com site can open a new perspective for any internet users, it is a real-time global online security display hosted by Comodo. It displays a map of hot zones which focuses what part of the world is currently encountering virus outbreaks and the active exploitation of zero-day exploits. The term zero-day exploit means that the vulnerability has been weaponized by the cybercriminal community, taking advantage of it and using it for exploits while its existence is still unknown by the vendor. 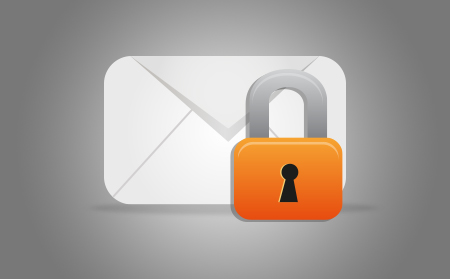 Every day, more attacks are launched with the aim of making web users believe that they are communicating with a trusted entity for the purpose of stealing account information, login credentials, and identity information in general. This is the reason why Valkyrie becomes a very valuable tool when it comes to analyzing the current situation in real-time. Such an attack is commonly known as “phishing,” is one of the most effective tools for penetrating an otherwise secure system, through a malicious email. It is initiated by sending out emails with links to spoofed websites that harvest information, mostly loaded with malware exploiting zero-day vulnerabilities. Files attached in emails can be submitted to Valkyrie, this enables the combined efforts of advanced AI heuristics and human analysts in order to discover the file as benign or containing traces of malware both known and unknown.

Phishing emails can be captured by credible spam catcher email system. Phishing emails is one of the categories of spam emails, it usually state that the user needs to provide information, such as credit card numbers, identity information, or login credentials, often to correct some alleged problem supposedly found with an account. Some number of users that don’t have a spam catcher email system in place fall for these attacks by providing the requested information, which can lead to fraudulent charges against credit cards, withdrawals from bank accounts, or other undesirable effects. Unfortunately, the ease of generating more copies of phishing emails is an advantage of cybercriminals in our highly modern digital age also makes it difficult for computers to recognize phishing attacks. As the phishing websites and phishing emails are often nearly identical to legitimate websites and emails, without an effective spam catcher email system, current filters have limited success in detecting these attacks, leaving users vulnerable to a growing threat. Such limits are addressed by Valkyrie, a system behind the effectiveness of spam catcher email released by Comodo, the Comodo Anti Spam Gateway.

Spam emails contains all the necessary ingredients to persuade an unsuspecting user by providing the made-up context under which the attack is delivered to the user. A spam catcher email system can discover what words are used to entice the user to take action, which is currently not knowable by the basic filter installed in the user’s email client such as Outlook or Thunderbird.

An effective spam catcher email system also has access to header information, which contains not only information about who sent the message, but also information about the route the message took to reach the user. Future work to more closely integrate a user’s email environment with their browser could alleviate vulnerabilities, both known and unknown by default and would actually provide a potentially richer context in which to make a decision. By filtering out phishing emails before they are ever seen by users, spam catcher email system avoid the risk of these warnings being dismissed by or hidden from the user. The spam catcher email also prevents the loss of productivity suffered by a user who has to take time to read, process, and delete these attack emails.

As a consumer continues to receive more unsolicited messages, the level of concern that his or her privacy is being violated is likely to increase for years, if not decades to come. This motivates such consumers to take anti Spam actions, such as installing a credible spam catcher email. Technology used by spammers is constantly changing as spam on new topics emerges, and such the installed spam catcher email system should be able to catch it. Also, spammers attempt to make their messages as indistinguishable from legitimate email as possible and change the patterns of spam to foil the filters. Another serious issue is the problem of false positives, a situation when a legitimate email classified as spam. The more complex and mature the spam catcher email system is the better. Comodo is a trusted name in security and privacy, with its highly acclaimed Comodo Anti Spam Gateway, the need for an effective spam catcher email is resolved For many email users, false positives are simply unacceptable; thus the requirements on having an effective spam catcher email is a basic requirement for the enterprise.

Filtering mechanisms have been developed to detect Spam. In fact, something of an ‘arms race’ has developed between the spammers and the developers of these spam catcher email systems. There are two key issues; an effective signature mechanism needs to be devised and a process for sharing these signatures needs to be developed. Spammers insert random characters into messages to foil hash-based signatures so flexible and clever signatures are needed, while vendors such as Comodo continue to improve detection rate of its spam catcher email system, through Valkyrie.

The performance of the filter can be monitored by the user and once the false negative (or false positive) rate goes above a certain threshold the system is retrained, creating a better spam catcher email overtime. Try Comodo Anti Spam Gateway today!!!