Be Alert: The SMTP Security Threats in the Nutshell

The Internet users experience SMTP security threats everyday through millions of junk emails, containing malicious attachments, phishing attempts, and tasteless contents. The origin of such emails is mostly from botnets, a fleet of computers, smartphones and IoT (Internet-of-Things) devices taken over by malware with the goal of stealing their CPU cycles for the virus author‘s purposes. The owners of those zombie devices have no idea that their devices are no longer in their full control, but part of a huge conspiracy to sending spam emails and launch DDoS attacks. People are often Googling for the question: How to permanently stop spam emails? It is a question that even Google has no exact answer, given the number of hits it provides in its own results page:

SMTP is used as the common mechanism for transporting email among different hosts within the transmission control protocol/Internet protocol (TCP/IP) suite. It is an application layer protocol. Under SMTP, a client SMTP process opens a TCP connection to a server SMTP process on a remote host and attempts to send mail across the connection. The latter is being deprecated in favor of the former, with the rise in popularity of webmail services like Gmail, Outlook.com and the old but still reliable Yahoomail. An SMTP-based process can transfer electronic mail to another process on the same network or to another network via a relay or gateway process accessible to both networks. An e-mail message may pass through a number of intermediate relay or gateway hosts on its path from a sender to a recipient. 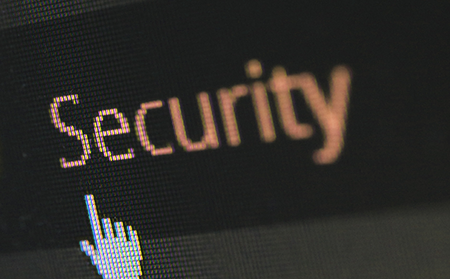 To fix that specific problem caused by SMTP security threats, the origin of a spam email should be identified. An e-mail message typically transports through a set of SMTP servers before reaching the destination host. Along with this ticket, messages get approved by the intermediate SMTP servers. The stamps release tracking information that can be identified in the mail headers. Mismatches between the IP addresses and the domain names in the header could unveil the real source of spam mail. The real domain names that correspond to the indicated IP addresses can be found out by executing a reverse DNS lookup. Most recent versions of email clients like Outlook and Thunderbird have already incorporated this functionality, which generates a Received: header line that includes the identity of the attacker. If we analyze it carefully, it is an elegant workaround to the SMTP security threats, as cyber criminals continue to find exploits as we speak.

By denying access to a sending machine with a firewall, many companies and ISPs have been blocking the receipt of unwanted mail from known sources. The “blocked” senders of junk mail may attempt to deliver it through another computer by requesting the computer to route that mail for them. Senders of unsolicited e-mail can also use SMTP security threats to hide their real identity by manipulating the headers in the message and then sending the message through the client‘s system for delivery to its final destination. This SMTP security threats, this time through “spoofing” action gives the appearance that the message originated from the relaying server.

Hence for seasoned system administrators, nothing defeats the installation of an industry tested anti spam system, answering the question of how to stop spam emails. A reliable anti spam system patches the SMTP security threats. Comodo, as a trusted name in the cybersecurity defense market offers free trial for Comodo Anti Spam Gateway, an efficient system that filters out the SMTP security threats. This free trial enables administrators to make an informed decision on how to effectively filter SMTP security threats from their emails, keeping malicious and damaging junk emails at bay, most especially those containing phishing exploits.