Once a mild annoyance, unsolicited bulk e-mail–also known as spam– comprises close to half of all message traffic on the Internet. Spam is a big problem for several reasons: Spam imposes a significant burden on Internet Service Providers; the resulting costs ultimately trickle down to individual subscribers. Spam is perhaps the most costly advertising mechanism, not costly to the spammer but instead to the e-mail user. Spammers, in effect, make consumers pay for the unwanted advertisements, which is similar to the objection to ads that continue after the advertised time for a movie. In both scenarios, the consumer is forced to pay with their time and money, to see advertisements they never wanted to see. Even if a consumer is not paying per minute for Internet service, the Internet Service Providers are paying for the costs of spam by being forced to purchase additional computers and increase bandwidth and take measures to try to minimize the effect of spam.

Spam supports pyramid schemes, dubious health products and remedies, and other fraudulent activities. Spam exposes minors to inappropriate contents. Spam results in a loss of productivity; the cumulative costs add up quickly when all email users spend a few minutes a day dealing with and disposing of spam. Defenders of spam draw comparisons with print catalogs. Catalog companies use regular mail to send catalogs to potential new customers. The problem of spam is attracting increasing media attention, and a sort of War on Spam has begun 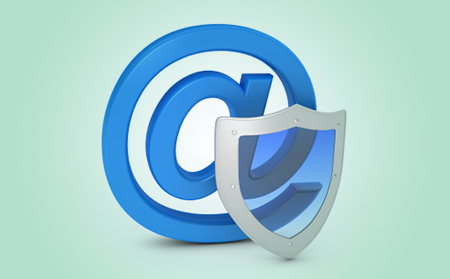 Systemic progress against spam may require complex legislation, like what Canada, Japan, and Singapore have implemented within their respective territories. Opponents to government regulation argue that the government would be interfering inappropriately and ineffectively. Even if there were a government regulation on spam, many spammers are located internationally making it difficult to enforce the regulations. In addition to the possible difficulties in enforcement, regulating or banning spam would stifle the advertiser’s right to free speech and destroy a new communication media. Regulation opponents argue that spam’s inexpensive nature and broad reach are very beneficial to advertisers. These qualities are exactly what consumers hate because it makes it cheap and easy for advertisers to bombard consumers with these unwanted advertisements.

In addition to uniform legislation, antivirus anti spam technologies must be improved. Antivirus anti spam software continues to block legitimate emails that the Internet user wants. The emails that get lost in anti spam black holes will never be viewed by the recipient, potentially causing major problems. This can happen when an e-mail user does business with a company that sends bulk emails and the ISP begins to block all the emails sent by the company including legitimate ones in an effort to reduce spam. There are a variety of spam-blockers, some of which are free, that all work with varying success. If spam is not banned, the Internet industry must continue to improve the antivirus anti spam with effective blocking technologies, which is not an easy task.

It’s a remote antivirus anti spam hardware, basically, an appliance that runs stealthily in the background and filters spam transparently for the users. It runs alongside the company’s mail server, saving the limited system resources of the latter. Comodo Dome Anti Spam hardware uses heuristics scanning of emails, it installs a special antivirus anti spam filter for those still suspiciously behaving file attachments.