"Spam is our e-mail customers' No. 1 complaint today, and Microsoft is innovating on many different fronts to eradicate it," that was Bill Gates' motto in 2004, in order to lure corporate customers to its Exchange 2003 Server. During that time, Microsoft was very busy fixing many bugs in its Exchange 2003 offering. By 2005, they rushed to the door a very critical update, Exchange Server 2003 Service Pack 2. It was not a run-of-the-mill critical flaw patch, but rather includes a new feature that was desperately needed at that time, the Microsoft-made Anti Spam verification framework.

They use the term "Unsolicited Commercial Email problem" to refer to spam email. They have promised new features that will combat spam built-in with Exchange 2003 at that time, but those promises fall on the wayside, fast forward today with Exchange 2016, junk mails are still penetrating user's mailboxes. The Exchange 2003 SP2's Anti Spam Verification system over-promised and under delivered 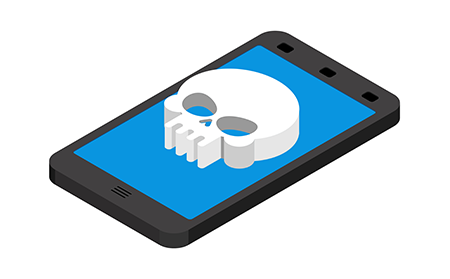 "With the introduction of Exchange 2003 Server, Microsoft built a framework that included a number of features intended to reduce the volume of spam. The framework called for a solution based on a multi-layered approach around the idea that most if not all spam should be stopped at the gateway, and before reaching the final recipient's mailbox. The adoption of this approach has proven to be very successful and highly effective," the Exchange 2003 claimed in their press release.

According to Microsoft, in 2005, the verification process of Exchange 2003 SP2 blocks roughly 25% of all emails during their internal test. Using a custom-made framework which is composed of:

Microsoft during that time was very confident of their Exchange 2003 SP2 system, as the company claimed that most parts of it do not face the public Internet. Microsoft had enumerated the default Sender Filtering and Recipient filtering capabilities built-in with Exchange 2003 Service Pack 2 system (below are direct quotes from Microsoft):

Unfortunately, Microsoft's efforts were fruitless in the last decade. Spammers are always a step ahead of their new ways to combat spam. Anti spam verification system, even for Exchange 2016 are not enough, people continue to see Viagra adverts in their mailbox on a daily basis. That is why nothing defeats of having a 3rd party anti spam verification system from an industry-recognized brand in the sector of cyber security and privacy, Comodo Anti Spam Gateway.

Depending upon the requirement of the enterprise, Comodo Anti Spam Gateway system is a business anti spam verification solution which can be entirely cloud-based, hosted remotely, but connected to your mail server using a high speed network connection in your own office network itself.