Unlike that of Canada that has a country-wide legislated Anti Spam rules, in the United States, the issue is taken on a case-to-case and state-by-state basis using vague application of existing laws as anti spam rules. The application of laws depends on how the state can re-interpret an old law as anti spam rules. There are some distinct similarities between the current laws that talk about regulation of non-computer crimes and the need to regulate cybercrimes. Such examples cover: 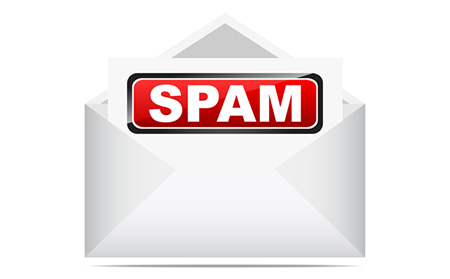 Law experts tend to improvise the interpretation of the state laws to cover what the legislation has ignored for so long like anti spam rules. Spammers with deep pockets can argue that civil, non-cybersecurity laws cannot be applied against those operating in cyberspace. This lack of a clear enabling law creates an escape argument for those that are accused of sending spam emails, phishing messages and malicious files over the Internet.

Below are some sample laws interpreted as anti spam rules from 10 US States, there are similar laws that are being applied to combat Spam, Phishing and malicious communications in other states, which for space reason we cannot fully enumerate.

Business Enterprises need to be proactive instead of dealing with the complexity of the state laws and their complex interpretations to make them apply as anti spam rules. The need to protect themselves from malicious spam and other electronic messages is a top priority, as no company can afford to be at the losing end. Loss of data and the eventual loss of trust by customers is the end of the company's very existence in the market, waiting for implementation of old laws as anti spam rules will not save them from harm.

The state laws, through clever interpretation, penalize spamming companies within its territory or those firms that operate in its domestic market. As it is only based-on loose interpretation, it is not strong enough as anti spam rules. There will always be spammers that will ignore the improvised anti spam rules and will continue targeting victims as there is money to be earned through spamming. For those that will ignore the interpreted state laws as anti spam rules, there are solutions in the market which claim to protect companies and individuals from spam. Both hardware and software solutions compete in the anti spam market, but it is more robust than waiting for authorities using anti spam rules from old laws.

Anti spam rules are reactive and not proactive, the latter is needed in order truly fight spam. A hardware anti spam solution works transparently for the users, compared to the complicated interpretations of anti spam rules. A commercial anti spam runs parallel to the mail server and does not slow it down compared which no anti spam rules promoted by the state can provide. One best example of a hardware-appliance for anti spam is from a trusted name in security and privacy, Comodo. Anti spam rules are enforced by government through the judiciary branch, but cannot be relied at by business enterprises.

Comodo® Dome Anti Spam protects the email clients from malicious attachments and links. Heuristics cloud-based scans, a powerful algorithm compared to anti spam rules, it quarantines questionable messages as one of its primary anti spam actions. These days that spammers are not afraid of anti spam rules, they have all the tools at their disposal to continuously improve their spam. A comprehensive anti spam action needs to implemented and not wait for anti spam rules by an enterprise, regardless if they are large or a start-up. Try Comodo Dome Anti Spam today.